How Did We Begin?

In January of 1978 Ron had moved to Nashville after playing trumpet and flute with the Christian musical group Truth to become a music copyist.

In February Ron received a call from the arranger Ronn Huff who said that his copyist had just quit and he recommended that Ron leave his well paying job as a cook at the local Pizza Hut to become his copyist. After considering the opportunity for about 3 seconds, he decided to accept Ronn's offer. That began a ten year working relationship with Ronn Huff and other arrangers such as Larry Mayfield, Don Marsh, and Alan Moore.

In 1978 church orchestras were few and far between but that began to change throughout the 80's and 90's. Gospel publishers began to realize that there was a need to have more and more orchestrations reproduced. Ron already had equipment to reproduce the work he was doing for recording sessions. It was a natural progression to add a little more equipment and personnel - all musicians of course! Musicians working in a print shop can be a little wacky, but it did help insure that the music was reproduced in a way that was usable by musicians.

God has blessed us over the years since 1978. We have sold music to over 26,000 churches, and the fact that we are still in business is a huge blessing. At the present time we are doing work for AnderKamp Music, the Brentwood-Benson Music Company, Lifeway, and Word, plus work for various arrangers who need a way to get their orchestrations out to the public. For more info about how we can you as a musician or as an orchestrator, click here.

How Have We Changed?

While our main focus is still orchestrations, we've been doing more and more "print" type work by helping local businesses with everything from fliers to four color books. Because of the way our business model is constructed, oftentimes we can offer prices that are difficult to beat when it comes to duplication and even the development of print media. We're excited about the way we've been able to expand our services and be a resource to an ever growing list of customers and the types of business they represent.

Ron's music career began in earnest following high school. Upon graduation he played trumpet in an Air Force band for four years. After he received a Bachelor of Science degree with a major in Music Education, Ron and his wife Diane traveled with the gospel group Truth for two years. The years with Truth led the Cobbs to Nashville in 1978 where Ron started working as a music copyist for arrangers such as Ronn Huff, Larry Mayfield, and Don Marsh. It was a Lord-led progression into the orchestration printing business that he now maintains. Ron currently plays with his church orchestra at the People's Church in Franklin, Tennessee. 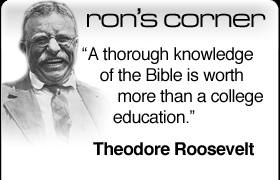 Since 1978, Ron Cobb Copy Service has been providing quality duplication and print services to a variety of clients ranging from National Corporations to the local businessman. Our business model allows us to be more than competitive in our pricing and our services, which include brochures, fliers, Jewel Cases, orchestrations, perfect bound books and more, are nothing short of exemplary.